The Battle of Badr

On the 17th of Ramadhan, 2 AH the famous Islamic battle at the valley of Badr occurred.

The Madani Chronicles Episode 0 takes us back to that time and it was the initial comic we decided to create in the Beyond Badr series. We asked Beyond Badr creator Kelvin Ali about the choice to begin the narrative for our Seerah comics at this point in Islamic history. 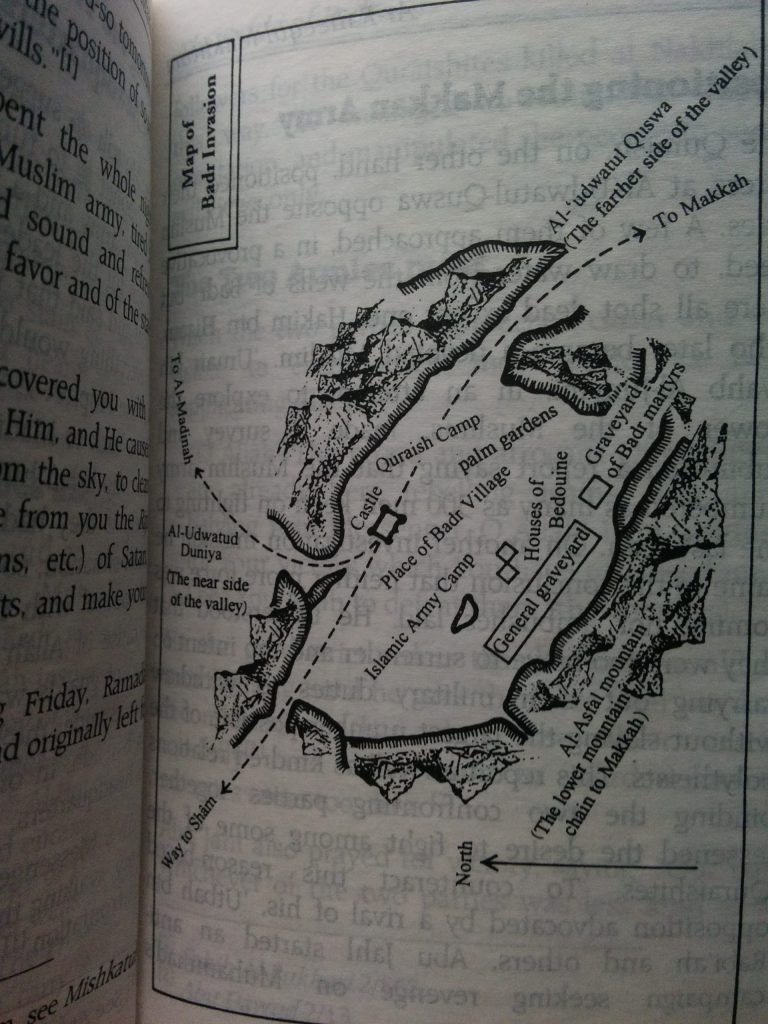 “Beyond Badr was initially conceptualized, to begin with a video game narrative and timelines were not clear in 2010 when the initial game design concepts were conceived. I had been studying full time and working full time for 6 years prior to developing the chronology for the IP (intellectual property) and the thoughts to create this game, in particular, came to me on a journey to the Hajj Pilgrimage in 2008. I had been blessed to visit the valley of Badr and to learn from Islamic scholars on my journeys for Hajj and Umrah and

I felt a duty as a Muslim to honour these brave souls in whatever limited capacity I could as I was still researching and perfecting my own knowledge so that I could convey narrative and appropriate cultural design choices to development teams. So, I had to learn, memorize, and teach consistently to groups unfamiliar with Islam and this event.

When I think about my journey to Islam, I am humbled to think about the sacrifices that these martyrs made in order for this message of Islam to be brought to myself over 1400+ years later. I am sure they could have never imagined that billions of human beings would be affected by their choices.  This is why I chose to design an Islamic digital product for all of humanity so that their efforts will be preserved digitally for the world to remember. As a man who knew very little of the Sahabah (RA) 21 years ago, the events, the time, the people, the struggles, the land itself changed my own perspective and ideology of life.

From an Islamic perspective, these were great human beings (RA) who lived in a very extraordinary time. By studying their lives through hadith and chronological Quranic revelations, when studying history, you will find that their challenges are very similar to the struggles we all collectively face in humanity. Human beings will always face struggles and we will always have issues of being the underdog, having fear, being outnumbered, or threatened, and persecuted unjustly, and certainly, we have all seen and felt emotions of conflict and insecurity as the Pandemic has taken its toll on humanity’s sanity to some degree for almost 2 years now!

Times have changed and the struggles we collectively face remain. So, had it not been for the bravery of the men and women who sacrificed everything during the Battle of Badr to protect the life of an Abrahamic prophet (saw), I would not be sharing this with you today, so that’s why we started in 2 A.H. The comic production helped us to solidify our research and knowledge within the Seerah and I hope that it serves as an exciting, fun, and authentic historical work for all of humanity to enjoy in a unique manner, Insh’Allah.”

Episode 0 Released in 2016 as a stand-alone digital comic and was re-released in May 2020 in an enhanced digital format. This new series will prove as an inspiration for our designers to adapt and enhance digital and transmedia productions.

Please accept some free gifts which will be sent to you via email just for subscribing to our newsletter in which you will get a link to future blog posts, other amazing developments, exclusive first looks, and offers at https://www.beyondbadr.com/clan.

The Beyond Badr Dev Team!

Spring is in the air!